An Open Letter to the Partakers of the Early Bird Special

My SIL, BooBoo, and I decided to take the kids out to dinner last night since her hubby was out of town and mine was working late.  Apparently it was Geriatric Night at the Golden Corral.  We did not get the memo.  We were the youngest people there by a few decades . . . and possibly a couple World Wars. 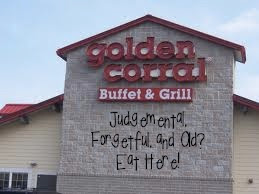 Dear Old People,
I know it has been a long time, (and I do mean a LOOOOOOOONG time,) since you’ve had children this age, but please try to have a little empathy.  This is not The Palm at 8:00 PM on a Saturday; it’s the Golden Corral right off the highway in Podunk, Virginia, and while I realize it’s a step up the Fancy Meter from Kids-Eat-Free night at the IHOP, let’s keep it all in perspective, shall we?  It’s 5 PM on a Wednesday night.  We’re just two mommies with six boys between us (the oldest and best-behaved in public was not with us, however,) trying to get through The Witching Hour without anyone complaining about what we’re making them eat.  I feel there are a few points that should be made:
I am aware that the baby is throwing food on the floor, and I have every intention of picking it up.  Eventually.  Unless he pegs you in the forehead with a kidney bean, I could do without the stares and eye rolls, thank you.
Contrary to popular belief, the fact that he’s throwing food does NOT necessarily mean that he’s not hungry, though I certainly appreciate the fact that you, Complete Stranger, know how to parent my child better than I do.
We were here first.  You rolled your oxygen tank over here and chose the table next to ours.  Chose it.  Willingly.  Of your own volition.  Lots of other tables available.  The Golden Corral is one of those fancy establishments where you sit wherever you damn well please, so it’s not as if a host/hostess brought you here as if marching you to your execution.
I’m going to give you the benefit of the doubt and assume that you are hard-of-hearing and have no idea how loudly you are making derogatory comments regarding my children’s behavior, because only a rude person would speak so unkindly on purpose.
Might I suggest that when you see a mother with an infant and two other sons trying to balance a baby on one hip and two dinner plates filled with nutritious meal choices like macaroni and cheese, pizza, applesauce, and a brownie, that you assume she is doing her very best (and possibly that she is persweaty and close to a nervous breakdown right there in front of the hot bar.)
Yes, I know that Medium dropped his dessert on the floor and now there are gummy bear carcasses drowning in a sea of chocolate-vanilla swirled frozen non-dairy soft-serve.  It was an accident.  Sh*t happens.
Please don’t tell my hubby that the baby’s dinner consisted of oyster crackers and red jello.  (Or that I ate three rolls.  Three.  I’m disgusted with myself.)   I tried to feed him fruit and vegetables, but in the end I realized I paid for MY meal, and I should be allowed to eat some of it.  If red dye #5 and cracker crumbs are what it takes for a few minutes of projectile-free dining, then so be it.  He’ll get his fruit and veggies tomorrow, I promise.
Again, Perfect Stranger Who Knows How to Raise My Kids, it’s 5:00.  No, it’s not the baby’s bed time.  He is 13 months old and does not like to be confined to a high chair.  He wants to explore, but I find the 1970’s carpet of a buffet-style restaurant frequented by truck drivers and families of ten to be an inappropriate play area for my child.  He’s been eyeing that tube in your nose, however, so maybe he could play with that.
I have been to restaurants where the parents are oblivious to their kids’ behavior.  I am not one of those parents.  My children are not misbehaving, save for the occasional loud talking and anxiousness to get a new plate of wholesome goodness from the food bar.  I’m doing my best . . . cut me some slack, will ya?
Sincerely,
Boy Mommy
Posted by boymommynyc at 10:40 AM 2 comments

Mommy Tries to Get Out of the House in a Hurry. Mommy Fails Miserably.

Hubby and Large had a baseball game at 5:00 this evening.  We decided to take separate cars, and when they left the house at 4:00 I said, “I’ll be right behind you.” 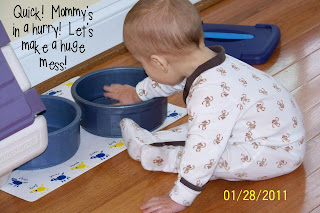 Famous.  Last.  Words.
Following is a list of the reasons I was NOT, in fact, right behind them.
It should be noted that the first time-out of the day (but unfortunately not the last) occurred at 6:30 IN THE AM.  Seriously, whose children are these?  I knew then that it was going to be a long day.
Posted by boymommynyc at 9:37 PM 0 comments

Email ThisBlogThis!Share to TwitterShare to FacebookShare to Pinterest
Labels: Shane, the impossibility of getting out of the house in a hurry

Apparently there’s a fresh new controversy surrounding a J. Crew ad in which a mother painted her son’s toenails hot pink.  Some people think it’s downright scandalous while others are shaking their heads and wondering what’s the big deal?  (I’m quite sure the mommy blogs are all abuzz regarding this “issue,” so I apologize for not having an original idea.) 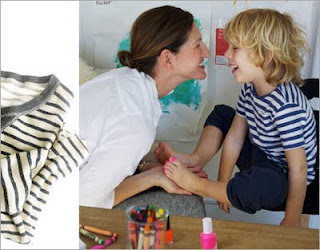 Dear BoyMommy -
You totally had us at "loves the Target" but we're pretty sure you knew that already.
Lydia swooned at the shelf comment -- she nodded with this sage look on her face, looked at me and shook her head like she was disappointed.
For the record, I look like a hot mess when I'm done at the gym. Though the mirror in front of the treadmill does a hell of a job to keep me running. How wrong is that??
AND...
of course you can be a blog we lurve! I'm adding you now. WOOT!
xoxo Kate
THIS, folks, is how my shameless brown-nosing earned Boymommynyc.blogspot.com a place on the prestigious  (and yet monetarily worthless) Rants from Mommyland "Blogs We Love" list.  And it took me way less time than it took Ellen to weasel her way onto the O Magazine cover.
http://www.rantsfrommommyland.com/

Posted by boymommynyc at 12:16 PM 1 comments

Email ThisBlogThis!Share to TwitterShare to FacebookShare to Pinterest
Labels: Oprah, Rants from Mommyland

I have recently begun a campaign to get a shout-out on the Rants From Mommlyand blog.  (http://www.rantsfrommommyland.com/)  These ladies, Kate and Lydia, are hilarious - they have this blog and now they've gotten a writing gig and everything.  Remember how Ellen campaigned to get on the cover of Oprah's O Magazine? 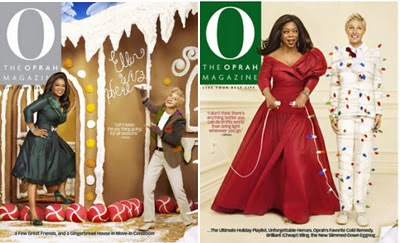 Ellen just kept talking about how she wanted to be on the cover of O Magazine, which was funny because Oprah is Queen of the Universe and she's the only one who is ever on the cover.  But it worked!


So this is my campaign to get a shout-out on RantsfromMommyland.com.  They have a section called "Blogs We Love," and my current goal in life is to be ON THAT LIST.

I sent them an email this morning, detailing all the reasons why they should love me:
1.  I loves Target.  When I lived in Manhattan, I used to take the subway 2 stops into Harlem to get my car out of the garage so I could drive it 45 minutes into Queens or Connecticut just so I could go to Target.
2.  I have three boys, because even God knows that this house is only big enough for one princess.  And that would be me.
3.  I truly believe that if I am reincarnated, I will come back as Ms. Dolly Parton.  In fact, my signature karaoke song is "9 to 5."
4.  Though I birthed my last child a little over a year ago, in reality I've been trying to take off the baby weight (which consists mostly of chocolate and Doritos.  Original, not the Cool Ranch,) for about 8 years.  I am a Lifetime member of Weight Watchers, and I've decided that this means I will be struggling with my weight for the duration of my lifetime.
5.  I have the mouth of a sailor - but there are certain words I do NOT say, and I do my best not to HEAR them either.  I refer to nether-regions.
6.  I was recently told by a perfectly respectable Tarot Card Reader that I am a deep person, and I have therefore dubbed myself the Dalai Mama.
7.  I need to find a way to make money doing this blog thing.  I'm a SAHM, and I would love to not have to justify to anyone my 7-days-a-week coffee habit.  My husband works hard to support our family . . . and apparently my caffeine addiction based on the amount of money and time I spend at Starbucks.
8.  My misadventures at the gym are Pulitzer Prize worthy.  You can't make this sh*t up. ( http://boymommynyc.blogspot.com/2011/01/zen-of-nugget.html)  You know the fabulous woman in the cute workout clothes whose hair stays perfectly coiffed throughout Body Pump?  (kate.)  That's not me.  I'm the fat girl in the back.
9.  I, too, have a shelf.  It's where I keep my crumbs.  I inherited it from my grandmother, who also called it her shelf.  Like me, she took pride in all of her chins and swore that her kidneys were next to her eyeballs, which is why she was so emotional.
10.  I buried my mother in a pair of Tweety Bird socks because I knew she wouldn't want to be wearing pantyhose for All Eternity.  Mama raised me right.
Check out their blog at rantsfrommommyland.com.  When I'm a rich and famous writer, world-renowned for my biting wit and sarcasm, I'll buy you a car.  I promise.
Posted by boymommynyc at 9:15 AM 3 comments

Tarot Card Findings (so they MUST be true!)

As a fun moms’ night out, a few girlfriends (or as I like to call it, Three Hot Blondes and a Brunette,) and I had our tarot cards read last Friday.  When the Reader asked if I had any specific questions, I said no, and that I just wanted basic information. I don’t want to know when I’m going to die, etc., although I probably wouldn’t have to wear clean underwear quite as often, just in case.  There would be no more just in case.  But I digress . . .  This, apparently, is what the Universe wants me to know: 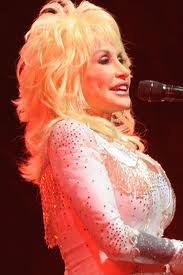 Posted by boymommynyc at 10:54 AM 0 comments