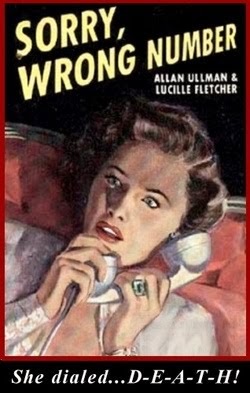 “Hello?” I answered, all delightful and cheery, as usual.

“I think you must have the wrong number,” I replied, because, well, I was not having an estate sale.  Besides that, even if I were, no one ever buys my crap.  Other people can sell a CVS bag full of left sandals, but I still have a large-screen TV and a kelly green recliner in my basement storage room.

Indignant, the caller insisted, “but it says in the paper!”  Then I heard someone in the background mumble something about getting the numbers mixed up.  “Oh, no, you’re right.  Sorry,” she said before she hung up.

I was tempted to call her back just so I could hear someone say “you’re right” again.  I had started to doubt myself.  Had I forgotten that today was indeed the day I planned to sell all my earthly possessions even though I am very much not-dead?

I’m used to getting wrong number phone calls from people looking for a local orthopedic surgeon’s office.  Alas, I am not qualified to be an orthopedic surgeon.  Every time I look at an xray screen, be it of a twisted ankle or a wayward elbow, I half expect someone to softly whisper, “and there’s the heartbeat!”

More than once I have come home to some old person growling on my answering machine about how “I don’t even know what that message is supposed to mean!”  That’s because it’s a private home machine with my precious children’s voices on the outgoing message, not an answering service patiently awaiting the call regarding your bum hip.  I have received so many of these phone calls that I’m considering asking to be put on the payroll at the surgeon’s office.  When I answer a live call, I always kindly tell them that the number they’re looking for is (insert official-sounding phone number here.)

So if you call my home phone and I don’t answer, it’s probably because the doctor’s office is closed.  Or I’m looking for all my lefties to put on CraigsList.
Posted by boymommynyc at 12:28 PM 0 comments

They're all Innocent. Until They're Not.

The other night at Medium’s Little League game, another mom commented that Small was playing nicely with the other kids.  Several of Medium’s teammates have younger siblings, so they often play together during the game.  They play tag, hide-and-seek, cars, etc., and occasionally they check in to see if they can buy a treat at the concession stand.  Supervising them ends up being a collective effort among the parents as we adopt the it-takes-a-village mentality and we all keep an eye on the kids.

I was feeling pretty good about myself and my stellar parenting because Small was indeed playing nicely with the other kids.  I should have known right then  . . .

After the game was over, Small started packing up his cars when a little boy approached accompanied by his mother.

I turned around, sure that this little boy was going to return a car or that his mother was going to tell me how much her son enjoyed playing with my sweet boy.

“Hi,” she said.  “I didn’t see the altercation so I don’t know exactly what happened, but my son tells me that Small scratched him.”

Her son pulled down the neck of his shirt to reveal fingernail scratches so deep that they had broken the skin.  Mom said he had scratches on his back as well. 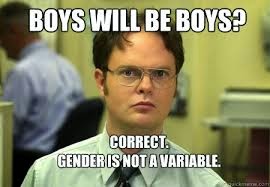 I could have:
A.  assured her that my child—my sweet, kind baby boy—would NEVER hurt another child

B.  told her “boys will be boys” and shrugged it off.

But here’s the thing.  I know my kids.  I know that it’s Survival of the Fittest at my house and sometimes they touch each other in anger.  It’s our job, as parents, to teach them that hurting others is not how we solve problems.  I don’t care if the other child was telling Yo Momma jokes and Small was defending my honor (which is not the story, by the way.  It had more to do with the other child having the ball that Small wanted.)  He needs to learn NOW that we don’t hurt other people just because we don't get our way.

I literally gasped out loud, my eyes widened, and my voice deepened as I said, “Small, did you hurt this boy because you were angry?”  I even middle-named him, which is the universal signal for you’re in deep sh*t.

Small’s face turned into the frown that makes my heart melt and admitted, “yes.  He was hogging the ball.”

“You do NOT put your hands on another person when you don’t get your way,” I replied.  “Get!  Over!  Here!”

I heard the other mom reassure her son, “it’s okay.  He’s coming to apologize.”

“It’s okay,” the other boy mumbled.

“I am so sorry,” I admitted to Mom.  “Thank you for telling me.  We are going to have a long talk when we get home.”

With that, her family accepted our apology and left for the night while I sulked and stewed in embarrassment while Small cleaned up the rest of his toys.

I don’t consider myself the type of parent who lets her children have free reign.  As he’s gotten older, I have allowed Small a little more leeway at the ballpark.  He spends almost every night of the week at the ballpark and has done so since he was in a stroller, so he’s used to being there.  He knows what the rules are and how far he’s allowed to roam, and I check in periodically so I can get a visual of where he is and what he’s doing.  Even so, I have no idea when this altercation happened, but I know for damn sure it happened.

We all know people who think their children can do no wrong . . . you know, the people living with their heads in the sand because they don’t want to deal with the hard parts of being a parent.  I am surprised that Small was so aggressive with another child as he is generally pretty easy-going and sweet, but I am also certain that he is capable of such behavior.  I’m not doing him any favors if I make excuses for him, and he needs to learn that now, when he’s young and impressionable.  This is not the last time he is going to make a mistake or do something wrong.  When I tucked him in that night, I reassured him that I love him SO much, even when he does something wrong.

But tomorrow, at Medium’s ball game, Small will be sitting by my side and will not be allowed to play with his friends.  It’s gonna be a long game.  For me.
Posted by boymommynyc at 3:18 PM 0 comments

2.  I can’t stand it when people use their cell phones in public restrooms.  I’m answering nature’s call.  That doesn't mean you need to answer your BFF’s call.

3.  The initials for Lane Bryant are LB, as in lbs.  Is that supposed to be some sort of sick joke?  I don't need any extra LBs on my clothing . . . that’s why I shop there in the first place.

4.  I don’t think people who can’t use apostrophes correctly should argue that English should be the “official” language of the United States.

5.  Why is it that I get 25 ketchup packets at the McDonald’s drive-thru, but if I ask for one mustard packet they practically have to call the manager at home to get written authorization?

6.  I love Hershey’s Kisses, but since Easter I’ve decided that the wrappers are fornicating with the dust bunnies under my couch and they’re multiplying.  I find them everywhere.

7.  If my children ever get lost or kidnapped, I’ll just show the police my ipad and they can get the kids’ fingerprints from there.

8.  Bruno Mars accidentally turned my 5-year-old into a badass.  Even though he sings “hot pants” instead of “hot damn,” I just can’t seem to get him to annunciate “funk you up.”  So yes, my preschooler will totally f*ck you up.

9.  I think Large’s math teacher is a super hero called The Underminer.  At one point Large may have believed I was kinda smart, but after last night’s homework I’m pretty sure he thinks I’m barely functioning as an adult.

10.  Watching Downton Abbey makes me want to speak with a British accent.  And also Peppa Pig.  There’s just something about cartoon English pigs that makes me feel particularly Bri-ish.  Honestly, I think I have more in common with Peppa than with Lady Grantham.

Posted by boymommynyc at 9:27 AM 0 comments