Scenes from my Most Recent Meltdown

Picture this:
Last week I had a doctor’s appointment scheduled for 9:15 AM.  I got the boys on the bus and dropped Small at preschool and arrived a few minutes early for my appointment. When the receptionist checked me in, she gently reminded me that I had a balance on my account.

Hmm . . . that’s strange.  I’ve only been here once before and we pay our bills on time.  She explained:  I had missed my previously scheduled appointment.

Indeed, I had missed my appointment.  I called the office on the day of my appointment to notify them that I would not be able to make it.  At this point I don’t even remember my reason, but I know it had something to do with preschool or child care or something.  There was a damn good reason why I missed that appointment.

I was annoyed at having to pay a fee, which I figured would be about $25.

“But I called in,” I explained to the receptionist.

“Yes, but it’s hard for us to fill those early morning appointments.  The doctor loses money, so she implemented a $75 no-show policy,” she retorted.

“$75???  I’m annoyed that I’m expected to pay this fee,” I explained, because I feel it is necessary to TELL people when I am annoyed, just in case they don’t pick up on my vibe.  “Shit happens.  Obviously it was not ideal for me to miss the appointment, but things come up.  I had issues with child care!”

“I understand, but this is the doctor’s policy.  People were missing appointments and she was losing money.”  Again with the money.  Then she went in for the kill . . . “You signed the form.”

Ah yes, the form . . . . the form that’s in the middle of the multi-page packet, where they ask you important questions like your husband’s social security number and the date of your last menstrual cycle and how often you participate in recreational drug use, and you’re supposed to fill it out accurately while corralling your offspring and preventing them from throwing dirt from the potted plants at the old, humorless couple who are giving you the stink eye from their perch in the corner.  That one.  Yep, I signed it all right.  I would have signed anything at that point.

I certainly understand the need for rules and policies.  I am sure patients have missed appointments because of their own negligence, and I know some people are habitually late.  I am not one of those people.  However, I have three children who need my assistance getting out the door in the morning, and sometimes their cooperation is less than stellar, which means I may be a little late, no matter how much extra time I build into the morning for events such as these.  Or I may need to make a last-minute decision regarding my whereabouts.

“Forget it,” I said.  “I’ll find a doctor who’s a little more accommodating.”  I started for the door and then thought, “is she going to charge me $75 for THIS appointment?”

“I don’t know,” she replied, smugly.  “She’ll have to review your case and then make her decision.”

I left, all indignant and full of self-righteousness.

Then I went to my Swagger Wagon and cried, because that’s what I do when I’m frustrated and angry.

I called Hubby and tearfully explained the situation, thinking he’d be all “hell yeah.  You’re right.  Screw them!”

“You need to go back,” he insisted.  “You need to see a doctor and you don’t have time to wait another 3-6 months to wait for an appointment.  Of course she’s going to charge you for this appointment . . . she knows you’re not coming back.”  Dammit, I hate it when he’s right.  Mommies don’t ever seem to have time to take care of themselves, and here I was, trying to do something for me, and the universe was punishing me!

So I went back in with my tail between my legs and asked if the doctor would see me.

Oh, and also?  I’ve gained, um, some weight since I last saw the doctor 6 months ago.  She ordered some blood work so she can check my thyroid.

Donuts.  Yummy, yummy, fried dough.  Maybe I’ll treat myself to a donut after the rough morning I’ve had . . .

Posted by boymommynyc at 8:57 AM 2 comments

Email ThisBlogThis!Share to TwitterShare to FacebookShare to Pinterest
Labels: Geriatrics, Hubby, Small, tantrums, the impossibility of getting out of the house in a hurry 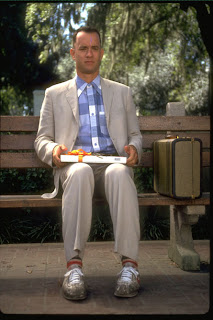 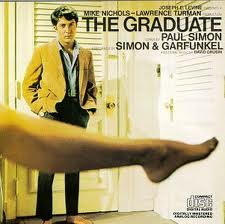 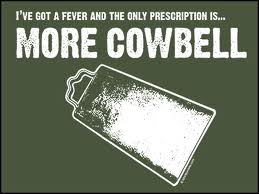 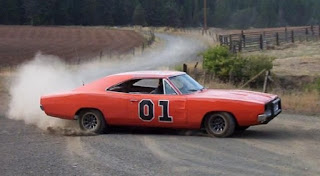 Since You've Been Gone

I have decided that I am bipolar.  This is not a professional opinion, mind you; it’s a self-diagnosis based on past behaviors.

I spend the majority of my time on an even plane, but THEN I GET ANTS IN MY PANTS (or as Hubby affectionately calls it, “a bug up my @ss,”) AND I START CLEANING LIKEMARTHA STEWARTONSPEED!!!

Hubby loves it when this happens because, well, I gets sh*t done.  He once came home from work to find me standing on the counter organizing the top shelf of dishes.  (Granted, I was 9 months pregnant at the time and I was clearly nesting, and probably should not have been standing on the counter since I’m clumsy/dizzy/awkward even when I’m NOT pregnant.)  I hate it when he sees me doing housework.  I like to keep the magic behind the scenes . . . kinda like Disney World in Smalltown, Virginia.  That, and I like to keep his expectations low so that when I actually do some housekeeping I get all kinds of high-fives and chest bumps.  (Although the latter may be more for his enjoyment than any desire to give me accolades.)

Hubby’s been out of town for 9 days and will be returning tomorrow.  He has a lot to be proud of – I’ve, um, been busy.  I am NOT one of those moms who skwooshes her own baby food or concocts her own laundry detergent, so TRUST ME, this behavior is an anomaly.  I plan to return to my normal sloth-like behavior next week. 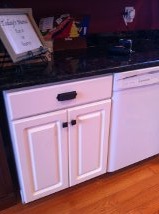 1.  Had the guy from Sears come out and repair our dishwasher, which had about an inch of schmat (you know that stuff you think of when you see the floor in a fraternity house?) and dishes that needed to be rewashed even after their spin through the dishwasher.

2.  Noticed a leak in the ceiling, called the home warranty company, and arranged for a plumber to come inspect the Master Bath.

3.  Scheduled appointments for contractors to come next week to give me estimates for how much of my children’s college tuition they will need in order to fix the tile in my shower. 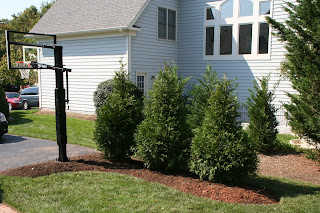 4.  Put the fear o’ God in the lawn guy, who has been dilly-dallying instead of installing the trees that were supposed to planted in June.  (Seriously, our neighbors already hate us; we don't need to give them more fodder, and we agreed we would install these trees MONTHS ago.)  His excuse?  He has a lot of customers.  My response?  I don’t want to be last on your list.  Git ‘er done by Friday or we’re finding another lawn guy.

5.  Built two book shelves.  Chopped the wood, sawed it, smoothed it, painted it.  Just kidding.  Opened the box from Target and read the instructions.  You know what I did NOT do?  Feed the fish in the tanks on top of the bookshelves.  Gee, I hope they don’t die.

6.  Repurposed the old bookshelf from Medium’s room.  Applied Contact paper to the back and dressed it up a little and voila!  Another flat surface on which we will place items that belong elsewhere.

7.  Painted the door from the laundry room to the garage with chalkboard paint.  We can write fun little messages to each other, and as an added bonus, muddy fingerprints won’t show as much.  That's the plan anyway.

9.  Had the roof cleaned and the siding and deck power washed.  Well, Hubby made all the arrangements, but I wrote the check and left it taped to the front door, so clearly I deserve SOME of the credit for getting this accomplished.

10.  Had the house sprayed for ants, because with three boys and a dog, guess what?  We have ants.  Although why they were in the bathroom is beyond me.

Oh, and also?
Helped Large with his reading project poster, helped Large with his Spanish project powerpoint, got flu shots for all 3 boys, took Medium to art class, took Large to the batting cages, went to choir practice, went to two Boy Scout Den meetings and one Pack meeting, got a bikini wax, arranged for transportation to and from two baseball practices, drank wine with my girlfriends in my kitchen, made sure all the school library books were returned on time, bought shoes to match the dress I’m wearing to Hubby’s work function next weekend, got my toes done, remembered to call my Mother-in-Law on her birthday, took Medium to tutoring, and took the boys out for frozen yogurt. 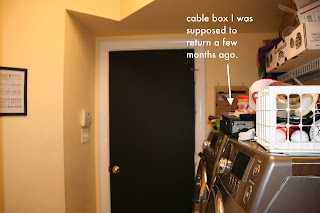 If you need me, I’ll be taking a nap and gearing up for my next Manic episode, which will probably not arrive for another decade or so.
Posted by boymommynyc at 1:52 PM 0 comments


How to Survive Facebook During a Critical Election Year:
a Drinking Game

Take a shot every time

. . . One of your high school classmates, who couldn’t get a D in 12th grade Government even if he photocopied the Valedictorian’s homework, starts spouting off about his right to bare arms. . . not to be confused with his right to bear arms, which apparently he doesn’t know about.

. . . Someone whom you KNOW has made questionable employment choices in order to partake of the Welfare/Food Stamps/WIC program complains about paying taxes.

. . . Someone posts an out-of-context quotation in order to vilify a candidate, on the assumption that his/her facebook followers will take the comment at its face value.

. . . Someone who drives a behemoth automobile that takes up too much physical and environmental space blames the president for 7-11’s gas prices.  It’s called inflation.  A gallon of gas cost $.31 in 1960.  Unless Marty McFly becomes president we’re never going to see those prices again.

. . . Someone spews hate-filled, name-calling verbal vomit about ALL Democrats or ALL Republicans, ALL Liberals or ALL Conservatives.

. . . Someone makes an uneducated, ill-informed joke about Mormons and their many wives.  Please.  That’s SO two centuries ago. 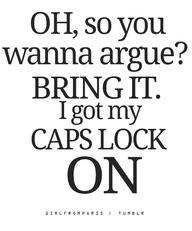 . . . Someone who is not registered to vote joins the conversation.  Pipe down there, chief . . . you have waived your right to comment.

. . . Someone writes something profanity-laced, mean, and spiteful, and does it all in the name of God and/or while citing the Tao Te Ching.  That’s not Zen, man.

. . . Someone who can’t balance a checkbook or pay bills on time comments about how the US should be spending its foreign aid.  Yes, let’s put you in charge of the money, shall we?

. . . Someone posts an inappropriate photo of the Muppets from Sesame Street.  Dude, Sesame Street is sacred.  Elmo doesn’t smoke cigarettes, Big Bird doesn’t carry a gun, and Cookie doesn’t drink beer.  (He likes cookies and perhaps a cup of milk, but only if it’s the weekend, he has a designated driver, and he doesn’t have to be up early the next day.)

Take a look at your Facebook feed.  You should be good and drunk in about 10 minutes.

Posted by boymommynyc at 10:10 PM 0 comments