The Summer of ER Visits

Lest you think I’ve been building my portfolio for the Mom of the Year contest, here’s what’s REALLY been happening in the BoyMommy household. 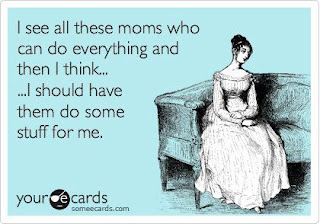 I had hoped that when Large broke his foot during the first week of summer “vacation” that that would be our only trip to Patient First.

You know where this is headed, right?

We were heading to the car after a lovely afternoon at the movies and an early dinner.  (Truth be told, we were heading home because my boys were acting like spider monkeys who have been trapped in a cardboard box, so I told them I had had enough and we were going home and going straight to bed.  At 6:30.)  Small was running down the sidewalk at a local shopping center and apparently got a little overzealous.  As soon as I said, “slow down, Chief!” he fell head first into the leg of a metal bench.

So much for early bed time and an early glass of wine.

I am generally pretty calm in situations that require emergency services, but as any mom will tell you, head injuries, no matter how minor, are often accompanied by a lot of blood.  Picture Carrie.  Spending the night on Elm Street.  With the guy from the Saw movies.

Small sat up with a stunned look on his face, and within seconds he began to cry.  His head was bleeding profusely, so I picked him up and instructed Medium and Large to run ahead; there was a little mom & pop restaurant near where we had parked, so I told them to get ice and napkins.  All the while they were frantically asking me for reassurance that Small would be okay.

Any other time they’re beating the crap out of each other, banging each others’ heads into the wall, and daring each other to see how far they can jump from the top bunk bed, but I guess the sight of blood makes them feel all lovey-dovey.

I hauled @ss over to the Patient First, praying that no one would recognize the Swagger Wagon and judge my erraticer than usual driving.  The staff took us back to the room immediately, and they began cleaning him up.  At this point he had blood all down his face, in his hair, and on his clothes.  He was a trooper, and it pained me to watch him flex his feet and toes back and forth, back and forth, in order to calm himself in lieu of crying.

You can always tell how serious the injury is by judging the reaction you get from the nurses, so I knew that Small’s wound was deeper than I had thought originally.  The doctor came in to assess it . . .  and promptly sent us to the Emergency Room at the hospital. 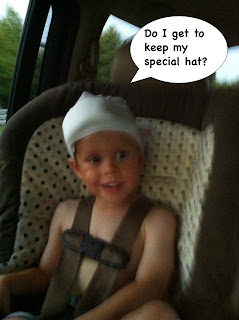 The hospital staff was great (shout out to Inova Loudoun, woot-woot!) but I was a little worried when the representative from “Family Life" came to chat.

Always calm when faced with tension, I blurted “Oh my god!  You’re here to make sure I’m not an unfit mother!”  She reassured me that she was only there to make sure Small was comfortable and that I didn't have any questions, but then she asked if we’d been to the ER before.

Again with the verbal vomit:  “Yes!  A year ago when he split his lip open and he had to have stitches and we had to have the plastic surgeon and he was so brave!”

Ten stitches later, he’s healing nicely, and I’m trying to repeat her mantra that “these things happen,” especially when you have boys.  Just for safe measure, when Small stands on the coffee table pretending to be a caped crusader, I remind him that “if we go back to the ER again, they’re not gonna let you come home with me!”

Posted by boymommynyc at 10:33 AM 2 comments